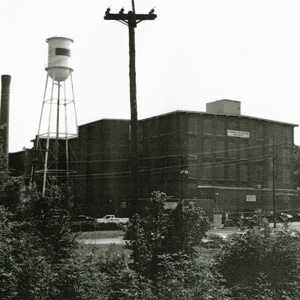 Contains photographs of the mill, village, and people of the American Spinning Company from the private collection of Robert “Bob” H. Duke of Greenville. Organized in 1895 by Oscar Sampson, James Orr, and Jacob Cagle American Spinning Company began as a two-story wooden building, but grew rapidly adding a new brick building and other additions by the turn of the century. Despite changing hands several times over the decades, the mill continued its operation until June 27th, 1990. The mill building still stands today, however a majority of the village was razed.