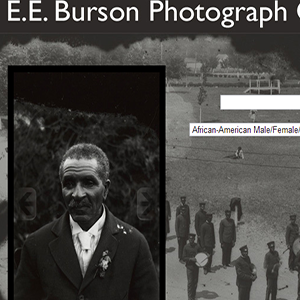 E.E. Burson worked as a photographer in Denmark, South Carolina, and the surrounding areas of Bamberg County approximately between the years of 1905 and 1920. Burson not only worked in his Denmark studio, but he also photographed town scenes and nearby Voorhees College. Burson’s work is notable because he captured images of both white and African-American townspeople.