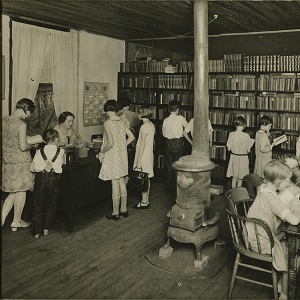 Founded in the fall of 1925, the Greer Library was the first Library branch in the county. In 1938, it also became the first to erect its own building, the Davenport Memorial Library on School Street. Its downstairs meeting room provided a place for local clubs to meet, including the USO during World War II. This room later became the branch children’s room as the collections and activities grew. The branch Libraries were rebuilt in the 1990s and on September 10, 1995, it became the first new branch completed and moved to its present location.