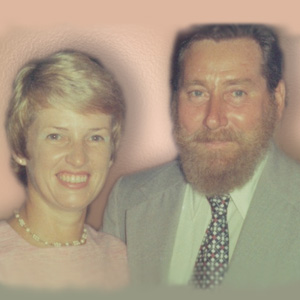 Loretta Dunbar, who eventually settled in Aiken, South Carolina after a life of travel, served in the Peace Corps in West Africa (specifically Nigeria and Ghana) from 1971-1979. It is where she met, fell in love with, and married Scotsman James “Hamish” Dunbar. In these audio-recorded letters Loretta sent to her mother and step-father (Lola & Wesley Kelley), we are offered rare, unguarded glimpses of the daily life and culture of West Africa. It is also a love story, and one that grows as the years pass, mixed with good humor and, on Hamish’s part, a deep Scottish brogue.

Decades later when the cassette tapes, long gathering dust, were gifted to Loretta, she donated them to the Office of Oral History at the South Caroliniana Library. The transcripts and sound recordings are now cataloged, digitized, and allow for full access.