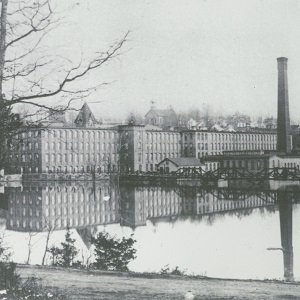 Collection of photographs of the Piedmont Manufacturing Company from the Piedmont History Collection. Piedmont Manufacturing Company was established in 1873 by Henry Pickney Hammett along the Saluda River. In 1888 mill #2 opened on the Anderson County side of the river followed by Mill #3. Shortly after the Estes Plant opened in Piedmont in the mid-1960s, the Piedmont mills declined and eventually ceased production of textiles. Mill #1 burned in 1983 and the ruins were torn down.