Development of the Printed Page 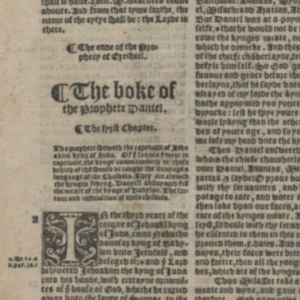 The images in this collection have been created from a portfolio of book and manuscript leaves that was compiled and sold by The Society of Foliophiles in 1964. The collection was released in an edition of 20 sets that each contained 135 examples, and was titled “The History of the Written Word.” By using actual leaves chosen from the entire corpus of printing in the West, from its beginnings in the mid-fifteenth century through the mid-twentieth century, the collection was meant to trace the history of page layout, design, and typography. Manuscript leaves, both medieval and from the early modern period, were added to show printing’s antecedent textual traditions, as well as the close relationship between manuscripts and the design of early printed books. Additional later manuscripts, including several non-Western examples, demonstrate that the advent and quick adoption of printing throughout the world did not necessarily mean the immediate end of all varieties of manuscript production.