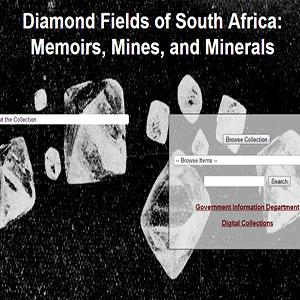 In the Early 1870s, one of the greatest diamond rushes began in South Africa after the discovery of a valuable diamond on the Orange River. This collection consists of five items that represent some of the earliest publications describing the diamond fields of South Africa. Published between 1870 and 1917, this collection of monographs, essays, and pamphlets reflect the excitement generated by one of the greatest mineral discoveries of the late 19th century.