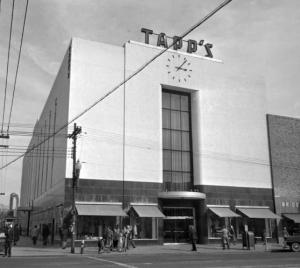 A native of Kenton, Ohio, John LeRoy Hensel came to Columbia during World War II, upon being stationed at the Columbia Army Air Base as a bomber pilot instructor. Following his return to Columbia in 1946, Hensel opened a photography business in which he extensively photographed children for grade school pictures and many historic people and places throughout the city. This collection contains a series of his photographs from 1949 to 1951.