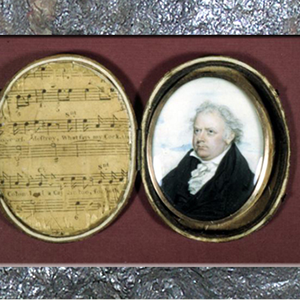 Richard T. Brumby began to keep a catalogue of the mineral specimens during the 1840s. He never finished it and between 1856 and 1903, no formal record of new or existing specimens was kept. As a result, the only surviving information on the collection was contained in Brumby’s partial catalogue and the hastily scrawled paper labels that easily became separated from their associated specimens. In 1903, Daniel S. Martin began the work of trying to reconstruct a catalogue of USC’s mineral specimens. Although Martin also never finished the project, he appropriated Brumby’s catalogue and continued to record specimens in that same volume, updating Brumby’s entries, recording vital information from the scattered paper labels, and offering details for the first time on the vast collection of Lewis Gibbes specimens that had never before been catalogued. Martin’s project—however incomplete—remains the principal tool today’s McKissick curators have for verifying which specimens were originally collected by Cooper, Vanuxem, Gibbes, and other early mineralogists.