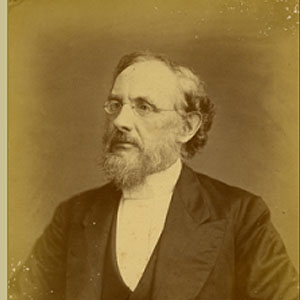 The papers of the Rev. Charles Stuart Vedder (1826–1917) consist primarily of letters as well as diaries spanning a period of over sixty years. Vedder moved from Schenectady, New York, to Columbia, South Carolina, to study at Columbia Theological Seminary. He was called upon to become pastor of the Summerville Presbyterian Church in June 1861.
Of particular historical interest are Vedder’s three diaries from 1861 to 1866, in which the Civil War is woven into Vedder’s discussions of social life and religion. In 1865, as the war reached its conclusion, Vedder even buried his diary for three months “to avoid its being taken and destroyed by anticipated Raiders.”
After the end of the war, Vedder became pastor of the French Huguenot Church in Charleston, South Carolina, where he served for forty years. The postbellum portion of the collection concerns Reconstruction as well as Vedder’s interactions with members of prominent South Carolina families.