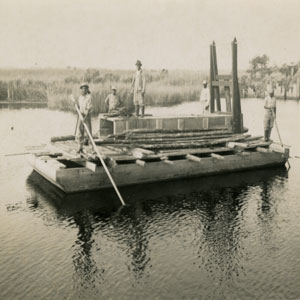 In 1912, a group of wealthy businessmen from Wilmington, Delaware, formed the Kinloch Gun Club on the North Santee river. They purchased 14 tracts of land and used the former rice fields for duck hunting, built a new clubhouse and employed many of the local men and women as hunting guides and housekeepers. By the early 1930s, club members Eugene E. DuPont and his cousin, Eugene DuPont, bought out the other members. The DuPont family continued to use the land through the 1960s