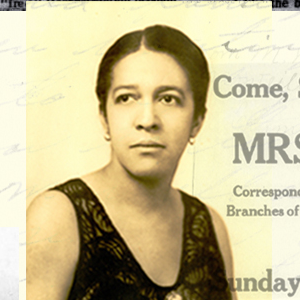 Activist Modjeska Simkins of Columbia, S.C. served as the South Carolina State Secretary for the NAACP, 1941-1957; as Campaign Director for the renovation of Good Samaritan-Waverly Hospital, 1944-1950; as Public Relations Director for the Richland County Citizens Committee, 1956-1988; and as President of the Southern Conference Educational Fund, 1972-1974.   She also helped found, in 1921, the Victory Savings Bank of Columbia.  As a voice of African-American leadership in the South, Simkins was a political force.  Her papers are held by the University of South Carolina Libraries’ South Carolina Political Collections, and consist of 6.25 linear feet of material.